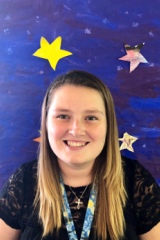 Nicole was born and raised in Bryson City, North Carolina. She attended Mountain Discovery Charter School as a student in 4th, 5th, and 8th grades. During this time, she decided she would one day become a teacher and give back to the students at MDCS. Nicole attended college at Southwestern Community College and Western Carolina University from 2011-2015 and graduated with a Bachelor’s degree in Elementary Education, as well as a minor in Psychology.

Nicole began her teaching career at Swain West Elementary in 2016, where she worked for two years as a second grade teacher. She also was a bus driver for Swain County Schools. Nicole loved working with second graders and teaching them to become lifelong learners. After a year as third grade assistant, she is excited to have the opportunity to serve as third grade teacher. She believes that leading by example is the first step in teaching students to take control of their own learning.

Nicole is thrilled to be starting this phase of her journey at Mountain Discovery and is excited about her future here. She is eager to learn, and to bring new ideas to the table. 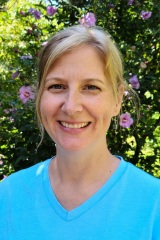 Lisa grew up as an Army Brat following her Dad’s military career. Her family settled in Alabama where she attended Troy University obtaining her B.S. in Marketing and her Masters in Business Administration. After graduation, she and her husband, Tony, travelled the United States with his Air Force career eventually retiring and settling here in WNC. They have 3 kids all who have attended MDCS. They enjoy being outdoors, biking, fishing, hiking, and kayaking as often as they can. She is excited to be a part of the MDCS family and to help educate the emerging generations.